Features of an Explainer Video Animation!

Features of an Explainer Video Animation! 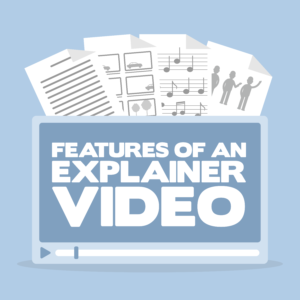 Believe it or not your business is a story for your potential customers, crafting the story into a short compelling explainer video is something that you need to focus on in the beginning of your explainer’s video launch. This is without a doubt a tough task and you need a pretty skillful writer to shape up the story into words that would satisfy the listener. Hence the script becomes extremely important when crafting your 2D video animation because of the fact that your entire business is described in less than three minutes. Make sure that the script is original, well-composed and informative.

The idea of storyboarding was first developed in the 1930s at Walt Disney Productions and ever since its introduction its relevance and importance cannot be denied in film making. A storyboard can be defined as a tool that is used for pre-visualizing a motion picture or an animation product in the sense that it organizes the graphic images and illustrations giving them a sequence. Storyboarding hence becomes an integral part of an explainer video animation as it gives us a glimpse of the animated explainer video.

Use of music is an essential feature of the explainer video animation, as information, professionalism and creativity when combined together with music produces the complete package. Make sure that the music you use should be an instrumental and not a song, as instrumental music makes sure that person does not get too much distracted and the listener’s attention would further be sharpened.

A holistic approach should be followed when going through the process of video making as within a short span of time the video would be giving an overview of your business. What is important though is that the flair of the video remains constant throughout its running time.